What I did for my long weekend

After braving the malls later on Friday morning (I was *not* going at 5am!), I sat down to watch the first Harry Potter movie... 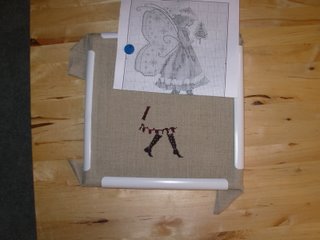 And then the second HP movie... 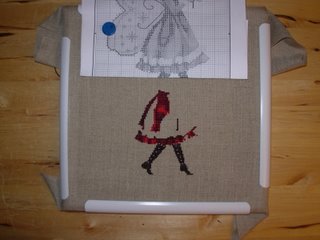 And then The Italian Job... 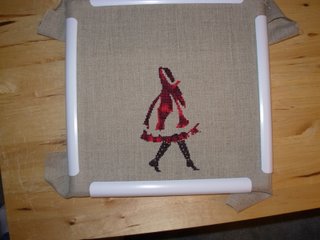 And then I decided I should catch up on some of my TV viewing on the DVR. So I watched Battlestar Gallactica and NCIS. 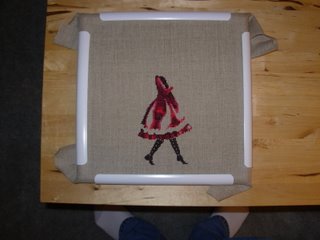 Saturday morning I went out and found a dress for the company holiday with Jen. I'll post photos of it later, blogger is choking already, but I do love it. I came home and watched CSI, Survivor and Numbers. 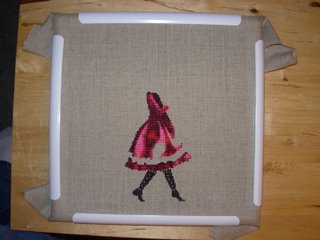 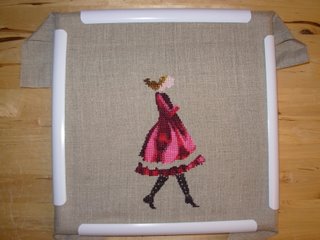 Followed by some Jon Stewart and The Colbert Report. 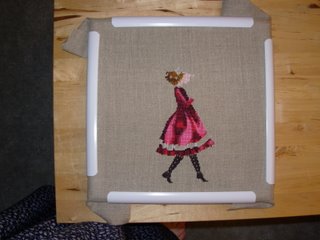 Sunday morning brought with it the extended edition of Fellowship of the Ring. 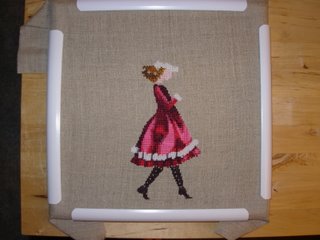 Time for second breakfasts (half way through the movie) 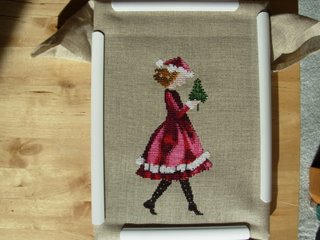 And finally, just as the Fellowship ended: 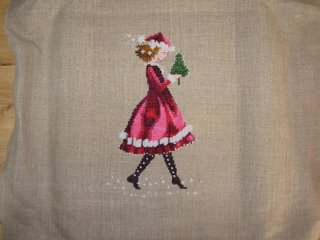 
I did a lot more than just that this weekend (including 4 hrs of walking) but this is what I most wanted to show. I've needed a weekend just to flake out!
Posted by Heather at 5:58 PM

How do you manage to stitch and still watch the show?? If I watch anything while stitching...I probably spends more time frogging them.

Congratulations on such a speedy job. :)

Hi Zohrah, and welcome. I don't actually "watch" the movies, it's more that I listen to them and stitch at the same time. That way, if there's anything important that's visual, either my husband will tell me what I should have seen or just rewind it to show me! (Have I mentioned he spoils me?)

Congrats on a quick finish, she looks great!

It's too bad you can't put those pictures into one of those flippy books that makes it look like things are moving. That would look pretty cool.

Heather - you are so gifted with that stuff.

I have actually sat down and started a project of my own....about 3 months ago...and have only gotten a little bit done....I'll let you see when I'm done...in about 2 or 3 years ;D

Woah. You're fast! I wouldn't get that done in a weekend, no waaaay.

Anyway, I stopped in to let you know that I got your card, and it's adorable.. and I LOVE the skein of floss you put in! That was so nice of you.. thank you so much! :)

Hope your holidays were merry!

I hope all is well Heather, not heard from you for a while.

Popped something in the post for you this morning.