Something that makes me smile a LOT! 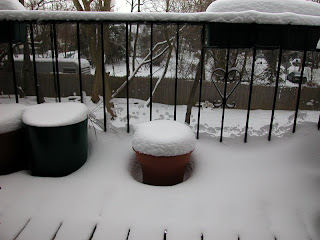 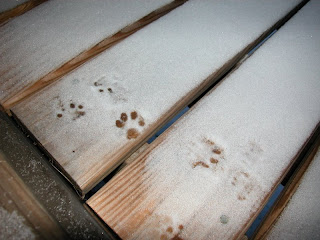 2. What was your status by Valentines Day?
Same as the last 13 years. Happily married.

3. Were you in school anytime this year?
No. Would have liked to though.

5. Did you have any encounters with the police?
Yes, several! They were very curious about my smart car.

6. Where did you go on vacation?
Disneyworld for 8 days!

8. Did you know anybody who got married?
No.

9. Did you know anybody who passed away?
Yes.

11. What sporting events did you attend?
None that come immediately to mind.

12. What concerts/shows did you go to?
Brad Sherwood and Colin Mochrie, Curtains, MacBeth (Patrick Stewart!). I'm sure I'm forgetting at least one...

13. Describe your birthday.
Spent gaming with friends and then a quiet dinner and a movie with Brian.

14. What is the ONE thing you thought you would not do, but did, in 2008?
Make it to the annual microscopy conference. Finally it was approved!   For 2009 I'm hoping to buy an SEM...

15. What have been your favourite moments?
Hanging out with friends and relaxing. Brian's birthday weekend with Ruth and Dave (and Michelle for BBQ) in particular come to mind.

17. What was your best month?
September. And also the worst in some ways...

18. Who has been your best drinking buddy?
I think I'd have to drink to have a drinking buddy, wouldn't I? I'm not opposed to drinking per se, I just have a choice between alcohol and my arthritis drugs. I prefer to walk...

21. Other than home, where did you spend most of your time?
Stuck in my lab at work, I guess.

22. Have you lost any friends this year?
One online friend, but it was expected.   Cancer sucks!

23. Change your hairstyle?
Nope, growing it out to donate it again next spring.

26. Do you have a New Years resolution?
No, I don't generally make them.

27. Do anything embarrassing?
Do you really think I'd admit it here?

28. Buy anything from eBay?
Several things. Nothing truly fabulous, mostly things I didn't want to get ripped off for to buy locally. (Cables etc.)

29. Get married or divorced?
No, Brian hasn't totally lost all ability to tolerate me yet.

30. Get hit on?
Yes, strangely enough. Even with Brian standing beside me...

32. Did you get sick this year?
Yes, a number of times. And threw my back out in March for two weeks off work. Not how I wanted to spend two weeks off...

33. Are you happy to see 2008 go?
Not really. It's been a pretty good year overall, even with some problems.

34. Been naughty or nice?
Again, do you really think I'll answer this here?

35. What are you looking forward to most in 2009?
Moving away from these damned squirrels!
Posted by Heather at 8:39 PM No comments:

Your result for The Are you a SEXY geek test...

You are one of those rare geeks that has style! You march to the beat of your own drummer, You enjoy the geeky things in life, but you can mingle in any crowd. As the geek. You definitely love your sci-fi and computers, probably a bit TOO much, but you also know when to put it on the shelf. Supermodels may be out of your league, but you have enough style to date. And you can always download the supermodels later when you get home.

Take The Are you a SEXY geek test at HelloQuizzy

Posted by Heather at 9:20 PM No comments:

Remember way back when we had that squirrel in the kitchen?

He came back in September. And brought a whole bunch of friends. They decided the attic space above our apartment would be a great place to shelter over the winter in and made themselves at home. We notified the new landlord as soon as this happened and told them it had been a problem in the past and would need to be dealt with ASAP. So about 3 weeks later they brought an exterminator in. The same initially ineffective one as last time. Who put traps out and then said they ignored the traps and there was nothing else he could do. Cue same repeat this year. And nothing further from the new landlords.

Do you have any idea how much noise a family (or whole clan from the sounds of it) of squirrels can make? Besides the requisite scratching sounds, we've discovered that apparently we're infested by clumsy squirrels who frequently drop their nuts, which then roll all across the attic floor. Surprisingly loudly. Also, apparently 3:30am is when the Squirrel Fight Club meets... At this point, neither Brian nor I are sure we've slept through the night without drugging ourself since we got back from Walt Disney World. In September. The accumulated sleep deficit is definitely affecting both of us.


So in November we sent the landlords politely asking for a written plan of how they plan on dealing with the squirrels. And they completely ignored it. Not even a phone call. No response at all.

Last Thursday they were sent (registered, signed receipt required) the notification that we intend on breaking our lease due to their lack of maintaining a habitable apartment. So now we wait (at least a little while) to see if they're going to contest it. And if not, we're out of here as of Feb. 15th. Although we don't normally celebrate it, S. Valentine's Day will be a special celebration for us this year!


So that's the short version of what's been going on lately with us. We've been getting all our ducks in a row to do this. And finding a new place to live. We've pretty much decided on where we want to go. It'll be a much longer drive for both of us, but it's worth it in trade off. Assuming we get it, it'll be a two bedroom townhouse with a garage and a back yard!
Posted by Heather at 6:03 PM No comments: