As promised, here are photos from our day out at the corn maze last weekend. Was it really only last weekend?! Man time flies!

Ummm... which way from here? 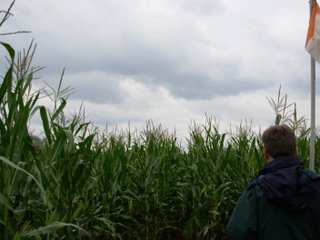 Zee bunny makes a break for freeeeeeeeeedommmmmmmm!!!!!!!! He had escaped his cage and tried to blend in and hide with his friends the Roosters 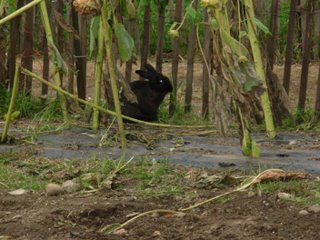 The roosters were actually quite beautiful, something I had never expected. They weren't hiding the escapee though, and ran the other way from him. 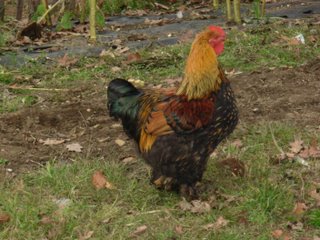 There was this beautiful flower on a weed. No idea what it actually was, but it was present in several places, and stunningly beautiful. 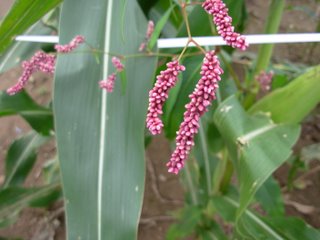 We had great weather for the day. It was partly cloudy, and mostly just a murky overcast. It gave great ambience to the fields and you weren't quite sure if it was going to turn to a damp mist, adding to the impetus to find your way out. 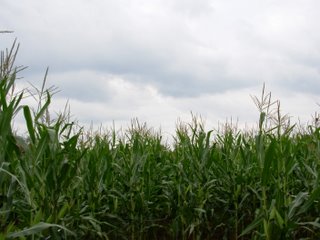 As we were getting close to getting all our map pieces, the sun came out from behind the clouds. Because it was quite late in the afternoon, it was coming down at a significant angle, mostly illuminating the corn stalks but not the sky. It was a very intriguing light effect. I never managed to capture it exactly, but this was the closest I got. 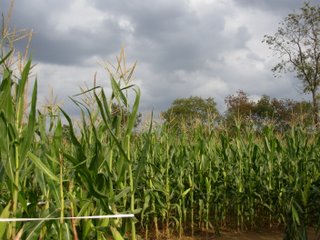 All in all, it was a wonderful way to spend and afternoon and I highly recommend it!
Posted by Heather at 1:07 PM